Some beliefs are simple

Fit neatly in a thimble

Who writes the rules anyway?

Make this easy for me 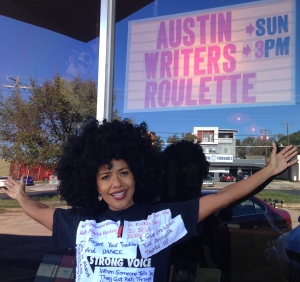 Sporting a quasi-Angela Davis afro and quasi-bumper stickers on her chest, host Teresa Y. Roberson posed for the cause. 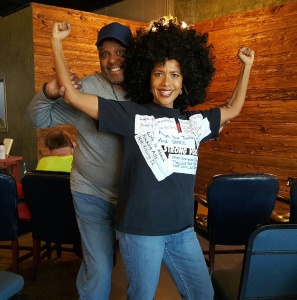 Joining her was Houston poet Birdman 313.

Months ago, he’d written in a poem, “After Monday and Tuesday, even the calendar says W.T.F.,” to which she’d commented, “That should be a bumper sticker.” Birdman 313 followed through and gifted everyone a bumper sticker. Roberson sported hers on her back. 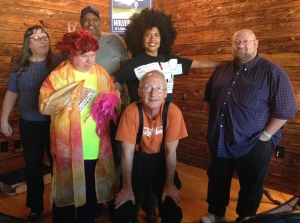 The rest of the rouletters showed up with their bumper sticker-inspired philosophers. 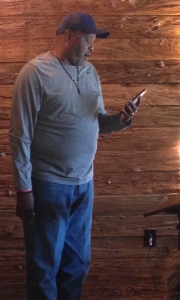 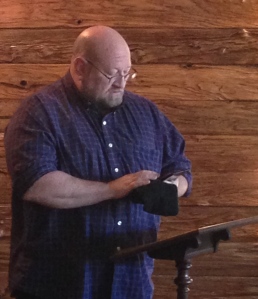 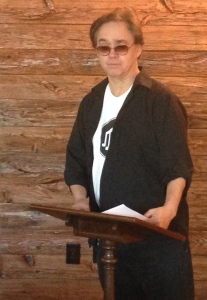 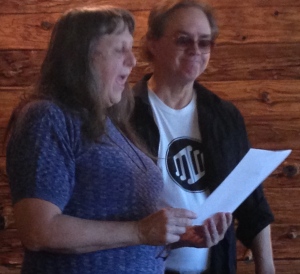 To help him out, Louise Richardson read out the bumper sticker sayings, then he responded with his reaction. 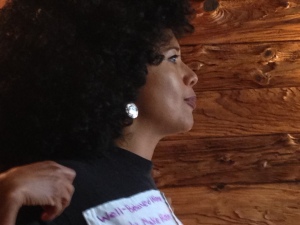 Teresa Y. Roberson sewed bumper stickers on her shirt. Then interwove them in a spoken word piece, concerning the continued empowerment of marginalized people. 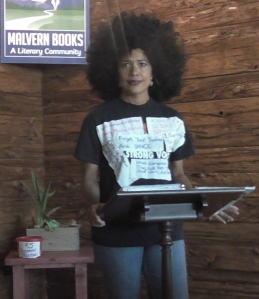 Afterwards, Roberson read the upcoming 2016 Austin Writers Roulette themes and the acrostic poems she’d written for each theme. Whenever an audience member correctly shouted out the vertical word spelled out, Roberson gifted him/her a Tribe of One T-shirt. 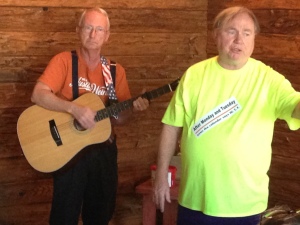 Click on the link to see the performances of Teresa Y Roberson, Thom the World Poet with Ron Kewin on guitar: 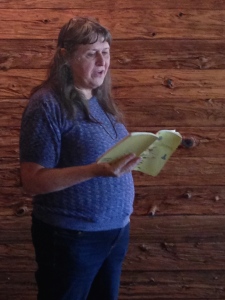 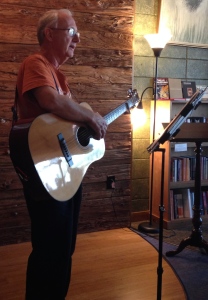 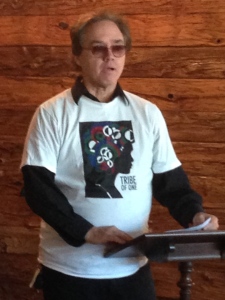 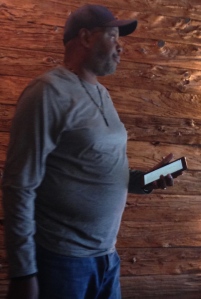 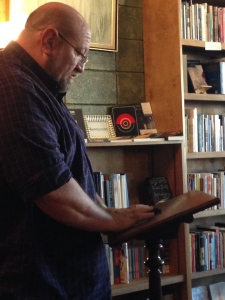 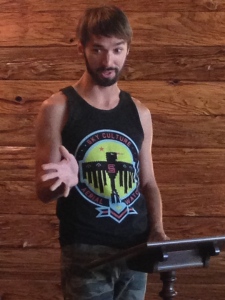 Click on the link to see the performances of Brandon, Jack R. Curtis, Element 615 (Joe Brundidge), Thom the World Poet with Magic Jack ATX on guitar 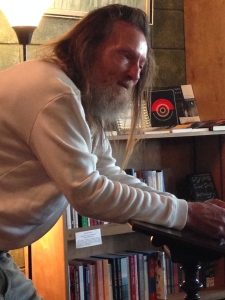 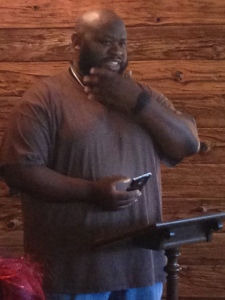 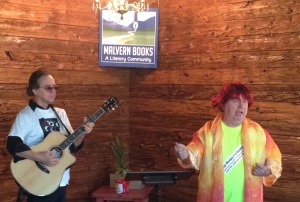