Whether it’s love or lust

Scratch beyond the crust

Boring choices leave you in the dust 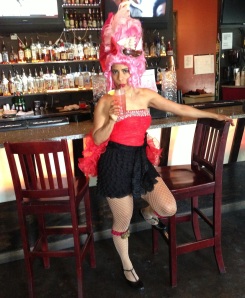 For the “Love & Passion” roulette, the hostess was Cupid’s younger sister, Valentina. 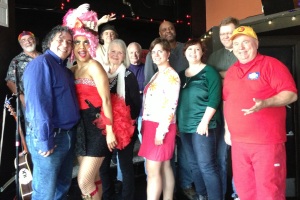 The rouletters were delighted to share a stage with Valentina.

Making his roulette debut, Jim Tenny, who only writes about love, passion and sex, kicked off the show with four passion-filled love snippets to get the audience in the mood.

Birdman 313 read an ode to the one-sided passion, which had the soulful refrain, “I really do love you.” 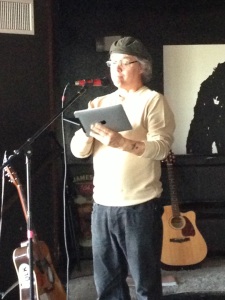 For contrast, Magic Jack ATX explained in his poem, “Your love life is boring.” He made it clear that he wasn’t referring to anyone in the room. 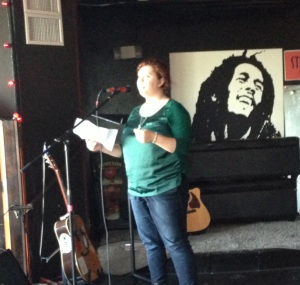 Upstart, Sarah Kennon, wrote a love poem for herself and for everyone else who has gone through the agonies of passion.

Another rouletter debut, Allyson Whipple, recited a story of forbidden love in the form of  five poetry zingers. 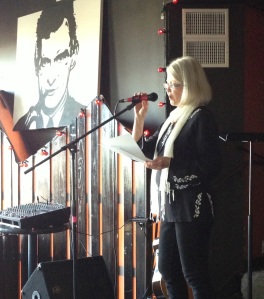 Donna Dechen Birdwell told a provocative story about the search for “duende.”

Artist, Daniel Davila, began his performance by circulating throughout the audience, greeting them in Brazilian Portuguese. He later translated, stating that what he’d said was “I miss you even though you’re in my presence.”

Daniel then entertained the audience with his poem about the seasons of lust that matures into the beauty of love.

Spreading love and passion wherever he goes, Thom the World Poet chanted a medley of Valentine-inspired poetry to the improvisational sounds of Magic Jack ATX on acoustic guitar and Daniel Davila on clarinet. 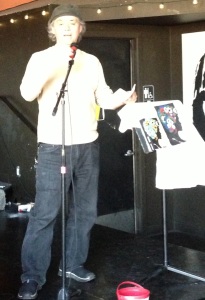 In between the features and the open mic sections of the roulette, Valentina requested a singing contest based on the three songs summarized her love life: “Got My Mojo Working,” “100 Days/100 Nights,” and “At Last.” Three contestants took up the challenge, starting with Magic Jack ATX.

Michael Kennon accepted the challenge and was later joined by his younger sister, Sarah.

Thom the World Poet did his improvisational best, changing key phrases of the three song choruses.

Valentina then called all the contestants on stage for the audience to vote by applause.

The contest was a close call, but Thom the World Poet won by a yodel. The prize was Teresa Y. Roberson’s Tribe of One  book and T-shirt. 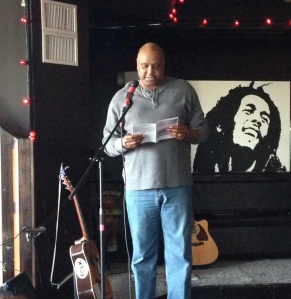 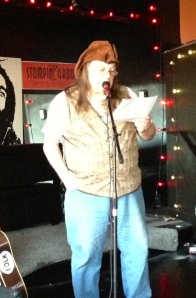 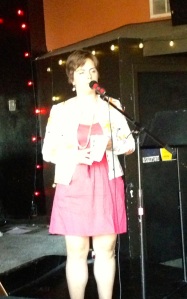 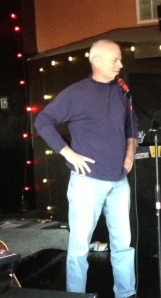 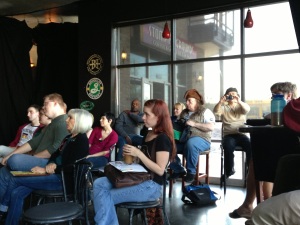 Thanks to all the artists and audience members.  Valentina’s attire was courtesy of Elizabeth Rodriguez.

The next roulette will be March 9th, 2014 and the theme will be “Travel Stories.”